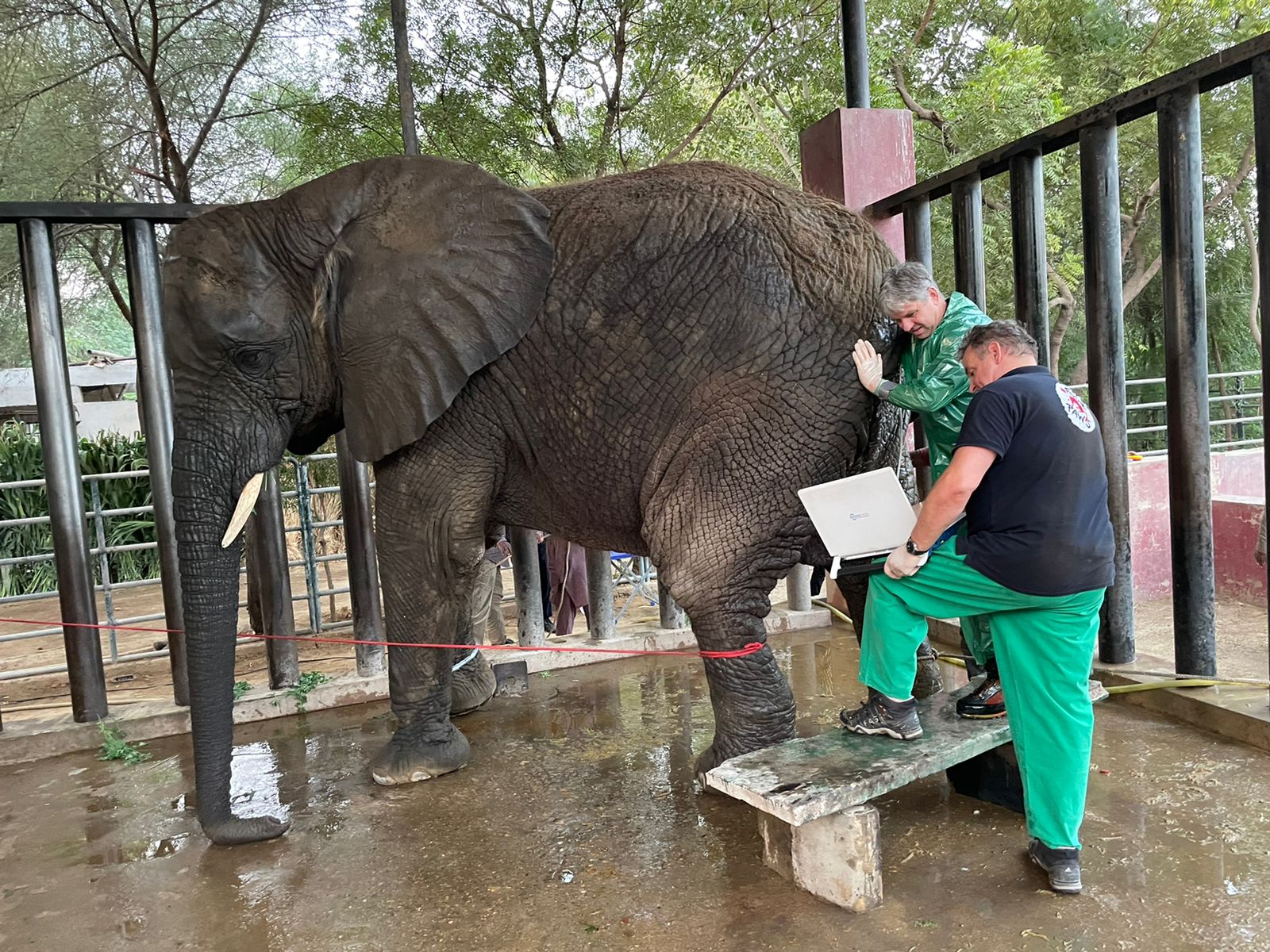 STATEMENT FROM THE PRO ELEPHANT NETWORK

On the 8th of January 2021 the members of the Pro Elephant Network requested urgent medical veterinary assistance for four African elephants originally from Tanzania now resident at the Karachi Safari Park and Zoo, in Karachi in Pakistan.

This appeal was delivered after the PREN experts viewed videos and photographs of the elephants.  In light of the content of the video PREN members offered expertise and critical veterinary and husbandry support. Two of the PREN experts Dr Marion Garai and Dr Brett Bard submitted detailed reports.

This inaction resulted in a petition being filed to the Hon’ble Sindh High Court in Karachi.  PREN member and Advocate, Owais Awan who acted for Kaavan the elephant and secured a historic decision, to have him freed from his confinement at Islamabad zoo in 2020, filed the petition along with co-petitioner Pakistan Animal Welfare Society (PAWS).

The following demands were included in the petition:

The Divisional Bench of the Hon’ble Sindh High Court ruled that internationally recognised, elephant medical experts be granted access to the elephants.  A team of veterinarians led by Dr Amir Khalil, who played a major role in transferring Kaavan, from the Islamabad Zoo to the Cambodia Sanctuary in 2020, was invited by the High Court to attend to the emergency medical examination of the four African elephants.

During the initial examinations of the four elephants it was determined that one of the elephants required a complicated surgery to remove a damaged and infected tusk and it was determined that a second elephant has dental problems and a medical issue with its foot. Such diseases are extremely painful and can lead to life-threatening situations in elephants according to the experts preliminary report.

The experts confirmed that one of the elephants had been incorrectly sexed for over ten years.

The experts also recommended that all four elephants be united, that they received a proper diet and that the staff caring for the elephants required proper training.

All four elephants were diagnosed as being obese. Blood and urine samples were taken from the elephants and a myriad of tests were conducted.  A full report will be submitted to the court. The experts also noted that there are no swimming facilities in the elephant enclosure, that the enclosure is also situated in a position that offers no relief from constant traffic noise pollution.

Details of the Four Paws International visit to the elephants, has sparked worldwide attention and has been widely published in the international media.

The Members of the Pro Elephant Network are extremely grateful to Owais Awan for his continued efforts to support the welfare of elephants and to the court for this thoughtful decision which protects the best interests of the elephants.

PREN would like to acknowledge the dedication of this expert team, who despite the current COVID_19 associated risks travelled to a different continent in order to offer their medical expertise to relieve the pain and suffering of these four elephants.

The members hereby acknowledge the commitment for the Four Paws organisation whose vision is a world where humans treat animals with respect, empathy and understanding.