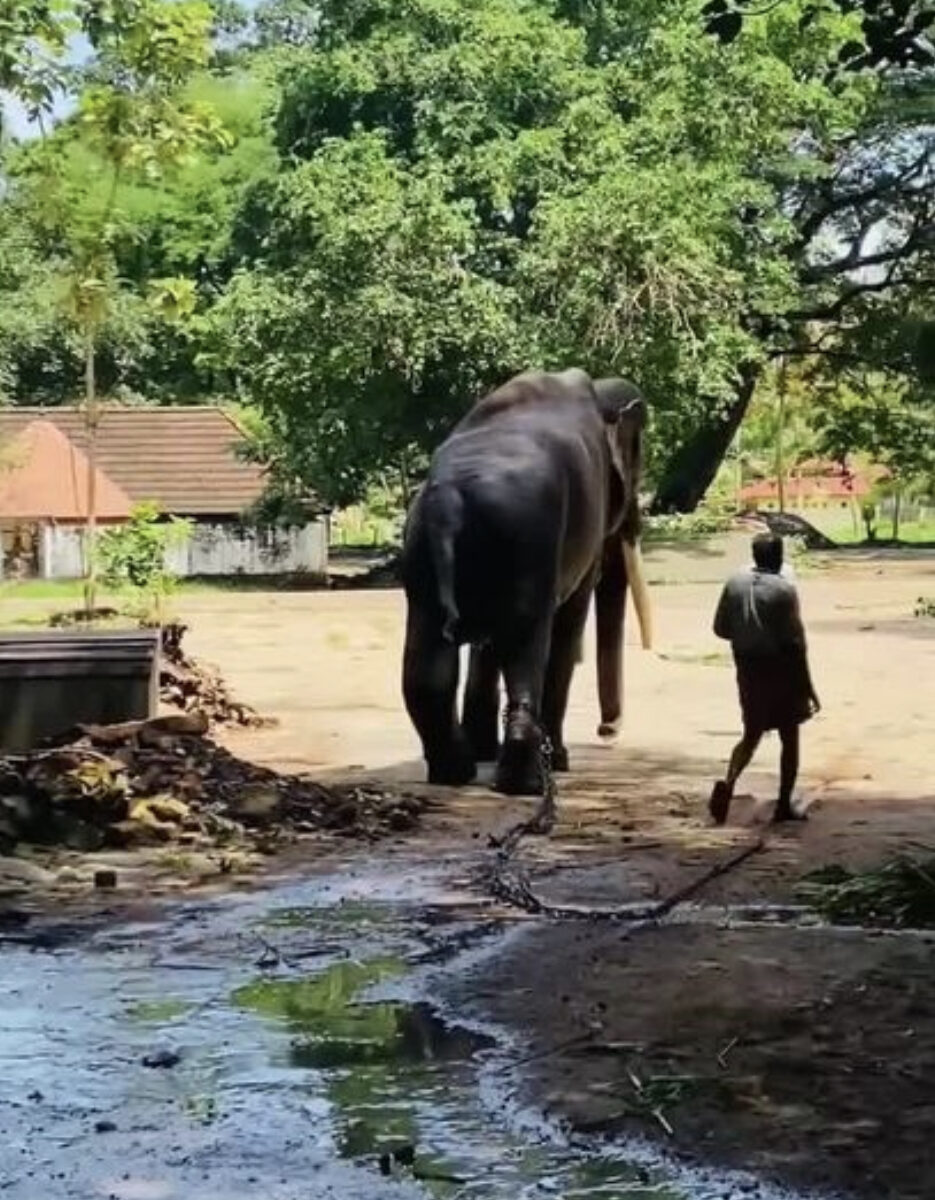 OPEN LETTER OF CONCERN FOR THE WELFARE OF ELEPHANT MUKUNDAN AT PUNNATHURKOTTA IN KOTTAPADI, SITUATED NEAR THE GURUVAYOOR SREE KRISHNA TEMPLE IN THE THRISSUR DISTRICT OF KERALA STATE IN SOUTH INDIA

The Members of the Pro Elephant Network have sent an urgent letter of concern about the deteriorating health of Mukundan, one of forty-four elephants living at Punnathurkotta, a centre for captive elephants, located in Kottapadi, about 3km from the Guruvayoor Sree Krishna Temple, in Thrissur District of Kerala State in South India.

URGENT OPEN LETTER OF CONCERN FOR THE WELFARE OF ELEPHANT MUKUNDAN AT PUNNATHUR KOTTA, GURUYAYUR

The Pro Elephant Network (PREN) consists of an international community of diverse individuals and organizations, comprising specific expertise, on wild and captive African and Asian Elephants, including the fields of science, health, conservation, welfare, economics, community leadership, social justice and the law.

We would like to congratulate you as the first woman manager to take charge of the Punnathur Kotta, in Guruvayur temple. We hope that you bring a renewed vision and fairness to the pressing issue of captive Elephant welfare and wish you the best.

We are writing with great concern about the deteriorating health of Elephant Mukundan, one of the forty-four Elephants currently housed at the Punnathur Kotta.

A recent video of him walking with great difficulty, with multiple chains hanging down his swollen and deformed ankles, and in visible pain has been shared with us by concerned citizens from Kerala. It appears that the untreated fracture in his left hind leg is now completely twisted and ankylosed.

As you might be aware, Mukundan was gifted to the temple in 1986 at the young age of six, which means that he has spent close to four decades working in chains in the Kotta.

The untreated fracture and the subsequent ankyloses were initially highlighted in the 2014 Animal Welfare Board of India Report, where it was noted that “due to severe torture by application of iron objects the left leg has internal and external injuries”. The veterinary assessment in the same report recorded that there was an abscess at the left elbow.

This chronically disabled Elephant is obviously finding it very difficult and painful to walk. His whole anatomy has become abnormal, due to compensation, which relates to the old fracture. He should be immediately retired into a sanctuary where he could at least move around at will and strengthen his atrophied muscles.

The 2014 AWBI report is a detailed, scientific official record of the very poor conditions and management of elephants who are kept in the Punnathur Kotta. The report highlights the fact that almost fifty Elephants are kept in a wholly inadequate, eleven-acre facility, where they are offered little or no exercise, inadequate shelters, excessive tethering and no opportunity for freedom or socialisation.

The Hindu, a widely respected national Indian newspaper, affirmed the findings of the report, in April 2015, stating:

“The report shows that all the Elephants at the Punnathur Kotta sanctuary are chained with absolutely no exercise. Often, these chains cut into the skin or become embedded in the flesh and have to be surgically removed. The animals are in complete solitude for about 23 hours; some are chained by one hind and one fore leg, while for others it is the hind legs and one fore leg.”[1]

Furthermore, we are concerned that Mukundan is, kept chained 24 hours a day/seven days a week, forced to stand on a hard cement pavement, without any respite or relief. There is no justification for keeping him in such strict confinement while he is barely capable of walking.

India’s Central Zoo Authority (CZA) has suggested a minimum of two-acre space per captive elephant. However, the forty-four elephants, mostly bulls, are crammed into an eleven-acre land. Males come into their annual musth cycle around the same time. The testosterone levels rise steeply making them more aggressive; all attempts to manage males through isolation, separation and confinement, impact their welfare.[2]

Elephants are highly cognitive and can demonstrate empathy and self-recognition, and display concern for other distressed and dying Elephants. Their cultural learnings are passed through their generations.[3] They are highly sentient beings and require opportunities for individual autonomy and socialization. When these essential needs cannot be met, health deterioration and stereotypy generally reflect the welfare-compromised environment and stereotypic behaviour remains the most widely used welfare indicator for elephants.[4] Stereotypy, the invariant restrictive and purposeless repetition of motor patterns,[5] is in fact commonly seen in captive Elephants that are held in impoverished conditions. Exposure to psychological stress has direct physiological consequences that impact the body’s ability to function.[6] This includes neural disfunctions, brain damage[7] and premature death.[8]

A ‘Sanctuary’ is defined as an area where animals live in their habitats with no interference. The key requirement of a sanctuary is that the animals are free and can exercise some form of autonomy. Unfortunately, at Punnathur Kotta the chained Elephants are not offered the same opportunities.

Elephants are a National Heritage, Schedule 1 animal in India, which entitles them to the highest degree of protection, even when in captivity.

We share with you the admiration and love for Elephants as majestic and wonderful creatures, who deserve our utmost respect, protection and care when needed.

Considering all the above,

We, as a global network of Elephant experts, would like to extend our support to achieve the best solutions. Please do not hesitate to reach out to us.