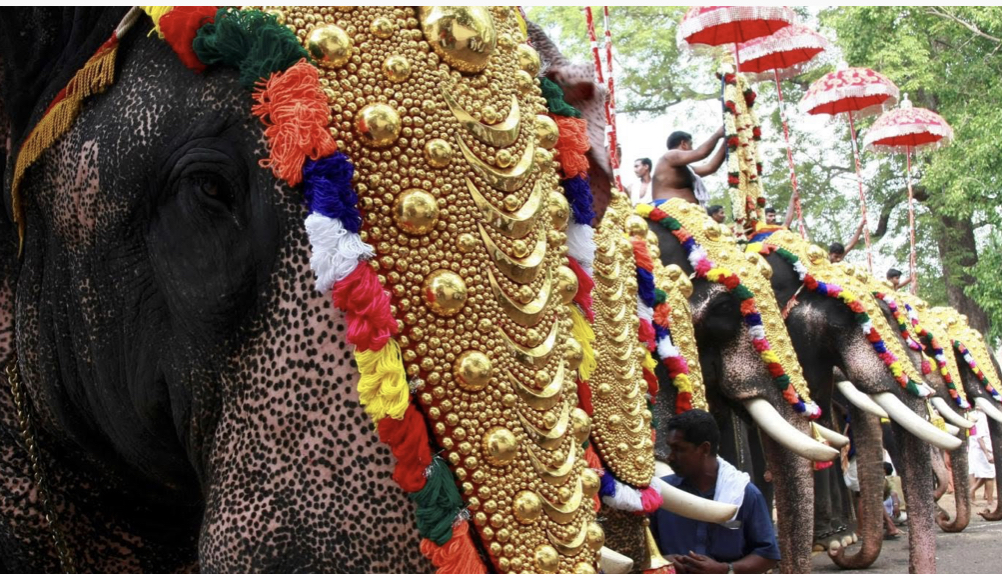 COPY OF AN OPEN LETTER ADDRESSED TO:

THE MINISTER OF ENVIRONMENT, FOREST AND CLIMATE CHANGE, THE CHAIRMAN OF THE STANDING COMMITTEE ENVIRONMENT AND FORESTS, THE INSPECTOR GENERAL OF FORESTS – PROJECT ELEPHANT, SENIOR REPRESENTATIVE OF THE KERALA HIGH COURT

The Pro Elephant Network (PREN) consists of an international community of diverse individuals and organizations, comprising specific expertise, on wild and captive African and Asian Elephants, including the fields of science, health, conservation, welfare, economics, community leadership, social justice and the law.

The Members of PREN are concerned about the numerous reported deaths of captive Elephants in Kerala.

Since December 2018, 77 Elephants have died, and at least six since the beginning of this year. The cruel treatment of some of Kerala’s Elephants has been exposed internationally on numerous social media channels.

Damning Documentaries have exposed the cruelty shown towards Elephants in religious institutions including the UNESCO World Heritage Site, the Guruvayur Temple which is called the “Guruvayur Captive Elephant Sanctuary ” and  “Punathoor Kotta”,  where 45 Elephants, mostly bulls, are permanently kept chained in their own urine and excrements. In an interview with award winning filmmaker Sangita Iyer, renown Spiritual Leader Swami Bhoomananda Theertha describes how Elephants’ feet are set on fire to bring them under control, how handlers throw stones at bulls’ genitals and how these herbivores are purposefully and maliciously fed meat.

Reports in the media confirmed, that a submission on 6th April 2022, by Honourable Member of Parliament Suresh Gopi requested that the Central Government consider according “Domesticated Animal” Status to Elephants who are held in captivity. The undersigned Members of PREN acknowledge and appreciate the Government’s current policy is that Elephants are intrinsically wild and that there should be not alteration made to this categorisation or associated terminology when referring to Elephants.

Numerous studies[1] and reports indicate that the domestication of wild animals by humans is a socio-biological process which takes thousands of years and involves changes in genealogy. Throughout the 3,000-year history of Human–Elephant relationships, most Elephants utilised by humans have been captured from the wild. Almost all captive Elephants in India are wild caught because Indian Elephants do not breed easily in captivity.

Elephants used for temple and other religious processions in Kerala, even though they are legally identified as “captive” animals, are indeed biologically wild. Wild Elephants remain victims of the unacceptable practice of violent and traumatic training in their early years, to ensure these majestic animals are subjugated under the control of the Mahout through the medium of fear. The fear is induced through pain, food deprivation and by causing deep psychological damage.[2]

The hidden reality of Elephants in captivity is contrary to the protection guaranteed by Indian law which protects Elephants as a National Heritage Animal, elevated to Schedule-I status under the Wildlife Protection Act, 1972. This protection applies to all Elephants, wild and those held captive.

Many Elephants in Kerala are kept permanently chained in the backyards of owners and temples, forced to stand on hard concrete or granite floors, most often with no roof to protect them from the weather. They are deprived of adequate food, water, and any positive physical or mental stimulus.[3] In addition, Elephants are forced to stand on their own urine and excrement and in unhygienic conditions, leading to foot rot and deadly diseases such as tuberculosis. Research indicates that frequent, close contact within confined spaces leads to a two-way transmission between Elephants and humans and a high seroprevalence in these animals and their handlers.

Given the complex brain of Elephants,[4] advanced cognitive abilities, suite of emotional responses and physical expressiveness in a socially embedded life-style, it should not come as a surprise that the denial of natural conditions would lead to physical and psychological trauma and abnormal behaviour, including aggression.[5] In addition, recent research suggests that the impoverished environment provided for these animals has detrimental effects on the brain itself.[6]

There is overwhelming scientific evidence that Elephants thrive in tight-knit herds and cultures of their own.[11] In the wild, they create tools, use their massive bodies and physical organs constantly to gather food, graze, socialize[12] and mate.[13]

Elephants have evolved to move across vast areas, in order to meet their nutritional needs;[14]  they consume between 200-250 variety of barks, berries, fruits, leaves, roots, herbs, shrubs, grass and even extract minerals from soil. All of these activities keep them physically, mentally and emotionally engaged. It is known that these highly empathetic animals[15], once torn from their families andsubjected to violence and confinement suffer from severe Post Traumatic Stress Disorder (PTSD).[16]

On April 20, 2022, the Forest and Wildlife Department has again opened the registrar to include new Elephants to be used for parades, Annexure I. This seems to be in contempt of India’s Supreme Court Order dated 18 August 2015, which had finalised the 30thSeptember 2015 as the last deadline for registrations. This further extension questions the validity of the law and exposes the continued trade and transport of Elephants from the wild into captivity in Kerala.

While the Central Government has clearly specified in the latest Amendment Bill of the Wildlife Protection Act 1972 that “[..] any transfer or transport of an existing captive Elephant for a religious institution may be conducted by a person having a valid certificate of ownership, according to the Elephant data submitted by the forest department before the Supreme Court in 2018, there were 521 captive Elephants in the state. To date that number is 444 Elephants, of which only 19 Elephants have proper documents of ownershipand another 13 Elephants are in the custody of the forest department.

The Elephants used in these parades are often transported in precarious and unregulated conditions. In March 2022,  an incident involving a truck carrying a bull Elephant crashed into another truck. We are not aware of any investigation following the incident.

Elephants are paraded during excessive heatwaves and can collapse.  They are deprived of food, water, and adequate shelter. They are provoked or beaten with illegal weapons to bring them under control, such as spiked chains and capture belts, utilised to inflict maximum pain and suffering.

PREN Members have supported the submission from the Wildlife Rescue and Rehabilitation Centre (WRRC).